Midway between New York City and Philadelphia, I’ve long called Hopewell and Princeton home — this page a collection of vintage postcards, purely for enjoyment (with nod to Thornton Wilder’s “Our Town”, first performed at Princeton’s McCarter Theatre on January 22, 1938.) 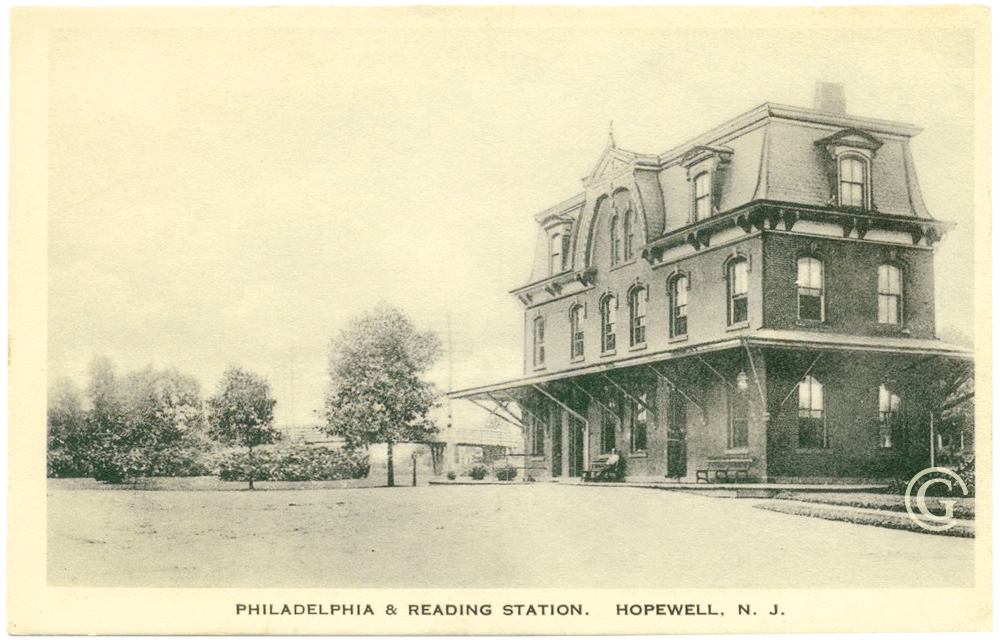 This site’s masthead is an original photo-illustration that I created in Photoshop, the red brick building is based on the Philadelphia & Reading Train Station in Hopewell Borough, New Jersey. Both the building and the surroundings look a bit different in person, and other Victorian-era train stations are of virtually identical design. Built in 1876, the Hopewell P&R has been on the state and federal registers of historic places since 1984; still an active freight line; passenger service ceased in 1982; today the station is used as a community center.

Different seasons and different holidays, I’ve built a collection of themes which rotate through over the course of a year — here is a sampling of what you might see up top, depending on when you visit.

A note for collectors: While I much appreciate the charm of well-worn ephemera, I instead decided to show the postcards as closer-to-new. I’ve done some photo-restoration to each of the postcards, also taking a measure of ‘artistic license’ with some of them. –cj