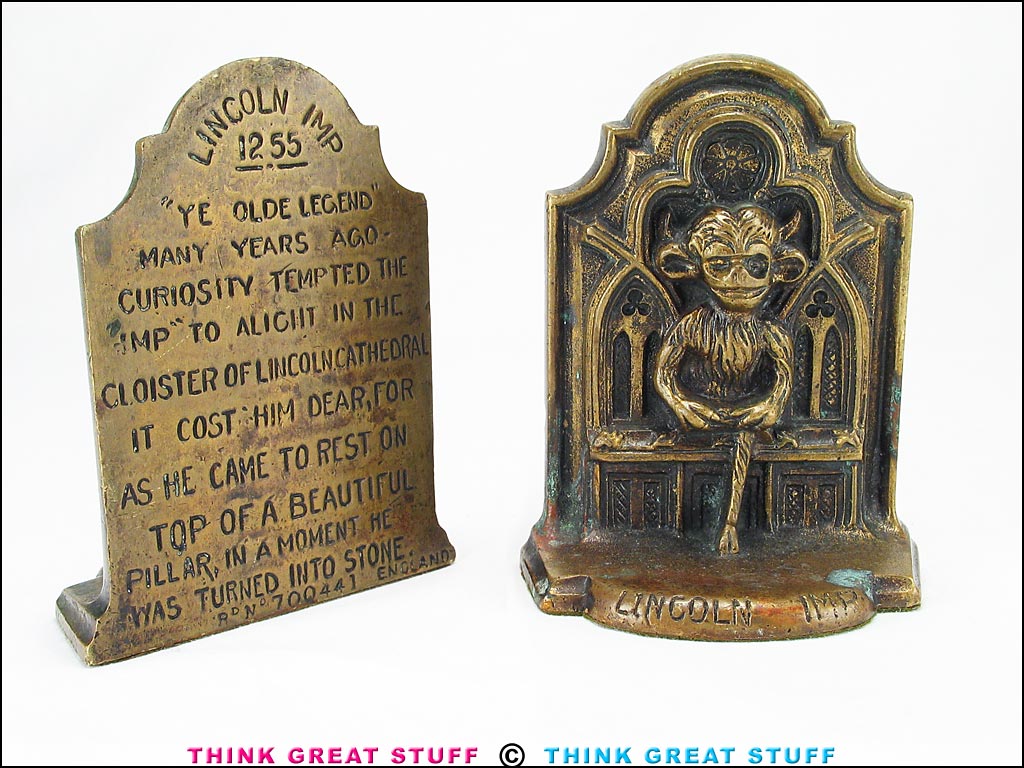 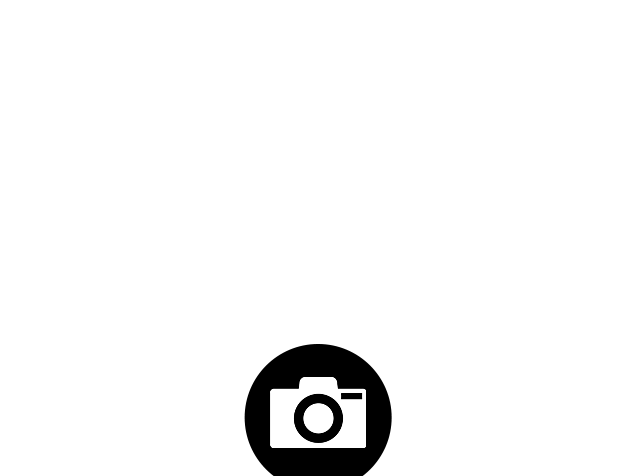 Your purchase will ship within one 1 business day, UPS Ground, from Princeton NJ 08542.  Safe & secure checkout at Paypal; but you do NOT need a Paypal account; pay with any credit card.

"Lincoln Imp", made circa 1923, foundry unknown, a pair of solid bronze book ends with great aged patina. English Registry Mark "Rd. No. 700441" indicating registration in the British patent office in 1923. A great gift for the Anglophile in your life!

ON THE BACKS: Lincoln Imp, 1255, "Ye Olde Legend", Many years ago, Curiosity tempted the "IMP" to alight in the cloister of Lincoln Cathedral, It cost him dear, For as he came to rest on top of a beautiful pillar, In a moment he was turned into stone. Rd No 700441 England.

SPECS: Each measures about 4.4" tall by 3.5" wide by 1.8" deep, the pair weighs in at 2 lbs 12 oz. Thin, original, green felt on the bottoms. Rarely seen even in iron, we have never before come across this pair in solid bronze!

Modeled after the Lincoln Imp, which resides in the medieval Lincoln Cathedral (in full: The Cathedral Church of the Blessed Virgin Mary of Lincoln, or sometimes St. Mary's Cathedral) located in Lincoln, England. With building of the cathedral commencing in 1088, it was reputedly the tallest building in the world for 238 years, and an historic landmark to this day. One of the stone carvings within the Cathedral is the Lincoln Imp.

Wikipedia: According to 14th-century legend, two mischievous imps were sent by Satan to do evil work on Earth. After causing mayhem elsewhere in Northern England the two imps headed to Lincoln Cathedral, where they smashed tables and chairs and tripped up the Bishop. An angel appeared in the Angel Choir and ordered them to stop. One of the imps sat atop a stone pillar and started throwing rocks at the angel whilst the other cowered under the broken tables and chairs. The angel turned the first imp to stone, allowing the second imp to escape. The imp that turned to stone can still be found sitting atop his stone column in the Angel Choir.

Celebrated by the local football (soccer) team and the local Shakespeare Company, he is also famous in Oxford, where he graces the entrance of the main hall of Lincoln College at Oxford University and lends his name to the undergraduate newspaper.